Dr. Armando Maria Corsi is an Associate Professor in Wine Business at the University of Adelaide. His key area of research is the analysis of consumer behaviour, particularly towards wine and other premium foods and beverages. Dr. Corsi has been chief investigator of some major projects funded by Wine Australia examining the effects of non-price promotions in store, tracking the ever-changing Chinese wine market, improving the techniques to describe wines to Asian consumers, and exploring the most effective ways to teach them about wine. More recently, Dr. Corsi completed another two projects about the perceptions of Australian wines and its key competitors by trade, key influencers and suppliers in the US and the UK. Member of the Editorial Board of Food Quality and Preference, the International Journal of Market Research, the Wine and Viticulture Journal, and Economia e Diritto Agroalimentare, Armando is author of more than 70 refereed papers, book chapters and trade articles on wine and food marketing. Cornershop develop innovative ideas that communicate the essence of a brand; across print, packaging, environmental and digital design. By listening, asking the right questions and collaborating with its clients, Cornershop position a brand to be distinct and create a competitive advantage. Its strategic solutions are emotionally engaging, inspiring and they make a difference. Ultimately, they are brand keepers; and build long term relationships with clients to ensure their brand story is clearly and consistently told.

Damian established Cornershop to offer big brand experience and small company service to businesses of all sizes. His wealth of experience working with global brands from a variety of sectors ensures he always deliver solutions of the highest standard. First and foremost, he is a problem solver. His work is driven by ideas that are inspired by thorough research, his surroundings and experiences. He aims to deliver simple, innovative and relevant design solutions that surpass his client's expectations and generate results.

Cornershop (formerly Sage) was established in London in 2006. Prior to this, Damian worked in London at a studio specialising in design and art direction for fashion and luxury brands. In 2003, he backpacked throughout Europe before establishing himself in the UK. Before graduating with Honours in Visual Communication in 2000, he was offered a position at an award-winning design consultancy responsible for creating some of South Australia’s best known wine brands, such as Jacob’s Creek and Peter Lehmann. Damian is a past lecturer/tutor at UniSA and past Chair of the Australian Graphic Design Association (AGDA) SA. His work has been awarded and published both nationally and internationally. Nerida Kelton MAIP is the Executive Director for the Australian Institute of Packaging (AIP), Vice President Sustainability & Save Food and the ANZ Board member for the World Packaging Organisation (WPO).

She has worked in the Packaging industry for over 23 years, is the lead for the Save Food Packaging Consortium project within the Fight Food Waste Cooperative Research Centre and was the packaging representative on the Department of Environment and Energy's National Food Waste Strategy Steering Committee.

Nerida is passionate about educating the industry on the important role that packaging plays in minimising Food Waste and how designing Save Food Packaging can make a difference. She is also one of the creators of the annual Xmas Foodbank hamper program which is designed to help those who are vulnerable and in need. The volunteer program has packed over 12,000 hampers to the value of over $1 Million AUD over the last 10 years.

Nerida is also committed to helping educate and train packaging professionals in the importance of sustainable and circular packaging design and recognising best practice in this area. Nerida Kelton is a qualified public relations practitioner with a Bachelor of Arts Degree (Double Major in Japanese), a Bachelor of Business in Public Relations and a Post Graduate Degree in Public Relations and Communications. Nerida is also a full member of the Public Relations Institute of Australia (PRIA), a Member of the International Packaging Press Organisation (IPPO), a full member of the Australian Institute of Packaging and is the youngest and first female to have ever received Life Membership to the Supply Chain & Logistics Association of Australia for her significant contribution to the association and the wider industry. Her articles are published in an extensive range of publications across Australasia on a regular basis.

With over 27 years’ experience in Association & Event Management and Public Relations Nerida has spent the majority of her career working with non-profit industry-based educational organisations and has extensive experience in working with volunteer-driven associations. 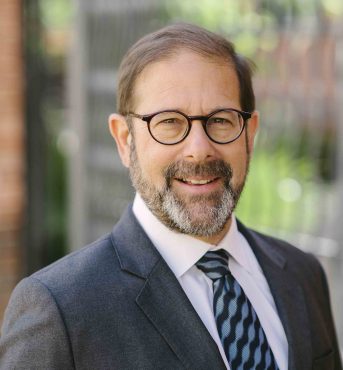 Dr. Larry Lockshin is Professor of Wine Marketing and former Head of the School of Marketing at the University of South Australia. He has published over 120 academic articles; over 250 trade articles and has a book on wine marketing, This Little Pinot Went to Market. His research interests are consumer choice behaviour for wine including how extrinsic and intrinsic factors interact. He also works on packaging and shopping behaviour for consumer goods. He is currently working on sustainability in the wine business particularly alternatives to glass packaging, and in-store and online shopping behaviour. He has conducted a number of studies on how consumers respond to packaging and branding of wine. 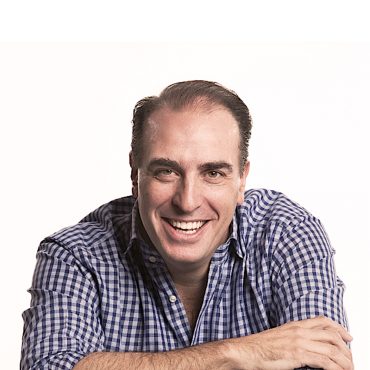 Paul Baggio is a major driving force behind winemaking, brewing and distillation technology in Australasia. As a third generation wine machinery manufacturer, Paul cut his teeth building wine presses and destemmer crushers at the family factory plant in Melbourne, Victoria. His engineer father, who emigrated from Italy, established Cellar Plus supplying winemaking, brewing and food making equipment to small and medium scale producers across Victoria, South Australia and Western Australia throughout the ‘70s, ‘80s and ‘90s. Working vintages in Italy in 1995 and 1996, vintages in Stellenbosch and Paarl, South Africa, and California as a brewer, all provided a lasting impression that shaped Paul’s future outlook, providing a unique set of supply-chain and service support businesses to the Australian and New Zealand beverage industries. Paul returned to Melbourne in 1997 and took up the general management role of Cellar Plus which today makes up The Beverage Food Group P/L. The Australian wine industry at that time was gaining momentum and in 1997 Paul established Australian & New Zealand Winemakers P/L, a business unit specialising in the build of small to medium wineries. At the start of 2000, representing Della Toffola S.p.A, new filtration technology such as ceramic membrane cross flow and flash détente were introduced. Yet, it was the central membrane bag press technology that would go on to make the most significant shift to the vinification landscape of the Australian and New Zealand industry. Over the last five years, across Australia and New Zealand, there have been more large scale (160hL and greater sized) Della Toffola presses sold than any other grape press brand. Paul is the Managing Director of Della Toffola Pacific, with over 25 years working in the local industry, and has navigated Della Toffola Pacific to becoming synonymous with leading process vinification technologies and one of the truly dominant suppliers to the Australian and New Zealand wine industry.

PRESENTED BY WINETITLES MEDIA
IN ASSOCIATION WITH